PROPERTY NEWS & ANALYSIS (by 99.co)
BTO vs EC vs Resale – Which is the better money maker?

A lot of Singaporeans think of their house as a retirement plan. Come the age of 65, when we walk out of the office for the last time, we’ll need some sort of income. If the plan is to look at the house, then it’s logical to ponder which type is the real money maker. Not everyone can get a condo, so…should you look at BTO, ECs, or resale for the most profit?

BTO flats
The main advantage of Built-to-Order (BTO) flats is that initial prices are the lowest. Singaporeans tend to over-estimate the cost of BTO flats, perhaps because of an old (and no longer relevant) practice of HDB to peg new flats prices to resale prices.

The most famous examples of BTO appreciation are in Punggol and Sengkang. Between 2003 to 2005, these estates were (and still are) non-mature. They had fewer amenities than estates like Bedok or Queenstown, which had already seen a build-up of malls, parks, eateries, etc. over the years. In order to compensate for this, BTO prices were low.

Note, however, that supply is also a factor. It is unlikely that similar profit margins will be seen in Punggol and Sengkang in the coming years; this is because more new flats have now been launched there, and once these BTO flats go on the resale market (after a Minimum Occupancy Period of at least five years), the rising supply will put downward pressure on the prices.

Ultimately, BTOs derive such high profit margins because you are buying at a discount. Apart from the usual housing subsidies, you are being compensated for putting up with initial inconveniences – you have to wait two to three years for the flat to be built, and you will probably have a flat in an underdeveloped estate. The pay off will only come much later, when the amenities in the estate are built up.

Resale flats
To be blunt, buying a resale flat is probably going to net you the lowest profit when you sell it again. This is because resale flats are primarily bought for reasons beyond profitability.

As an example, consider the famous “million dollar” resale flats, such as a Maisonette at Bishan that was sold for $1.01 million on April 2015, or a Queenstown flat that sold for a comparable price in September 2012. It goes without saying that the buyers of these units don’t expect to make huge profits – given that they have already paid large sums for their resale units, it’s unlikely that the value will appreciate beyond the sums they’ve paid in even 10 or 15 years.

But let’s come down to more typical resale flats. Prior to 2014, you could see the premium you were paying on the flat, before you bought it. This was the Cash Over Valuation (COV), which was paid in cash, on top of the actual value. Under new regulations the COV is hidden – you negotiate the price and get the Option to Purchase first, then a valuation is conducted (and you find out if you paid more or less than is necessary). In addition, information regarding COV is no longer published by HDB.

However, this does not mean the COV has vanished. The seller of a resale flat (with the current exception of the present, see below) is almost certainly going to want a premium. After all, if you bought the flat as a BTO, wouldn’t you want to sell for a profit after five to 10 years?

The reason buyers tolerate the higher price is that the flat is already built. There’s no wait time, and it is one way to immediately get a flat in a mature area. Also, some buyers – such as families with only Permanent Residents and no Singapore citizens – can only buy resale flats.

Note that, at present, it’s possible to get a resale flat with no COV, or even under valuation. This is because of the current property downturn, which has created a buyer’s market. You can view some of these properties on 99.co.

Expect higher initial prices, of around $400,000 to $500,000 for a four-room flat, and over $600,000 for five-room flats. Rental yields tend to be around 7 percent. Potential resale profits depend on when you sell (right now it could even be zero or a loss), but will probably never rival BTO flats on account of the higher initial cost.

In short, given enough time to reach privatisation, the returns from an EC come close to that of a private condo, with about a difference of five percent. And condo prices are, hands down, the ones that seem to appreciate the fastest.

Let’s go back to Sengkang, the favoured example of those who treat BTOs as an investment. Yes, it’s impressive that the prices here appreciated by around 204 percent, but it took around a decade to do so. Condos in the Sengkang area, however, appreciated from $874 per square foot to $1,094 per square foot between 2011 and 2014 alone. That’s over a 25 percent increase. If we compare HDB flats in Sengkang at the time, they rose in price from $418,000 to $420,000 – or less than one percent.

Rental yields from condos tend to be lower than flats however, at around just four percent.

While BTO flats may show impressive returns over 10 years, they are still not quite on par with condos. This suggests that, if you have an eye toward capital gains, condos are still your best bet. And an EC comes close to the performance of a private condo, given time – your main hurdle will be waiting for it to get privatised.

So in order of making money, our estimation is that ECs come first, followed by BTO flats, and resale units last.

The following privileges** are eligible to buy/apply Executive Condominium.

> Do not own private property in the pass 30 months from date of application/booking.

Enquiries on registering for queue number/Showflat viewing & getting a unit?

To understand more about financing loan payment for EC?

~ Registration EC priority viewing is free.
~ No penalty if no take up of any unit.
~ No cost or fee on submission.
~ No commission charges.
~ No obligations.

Read on … A more in-depth on WHY BUY EC AND WHY EC IS SO POPULAR?

Unsure about your status to get EC? Welcome to call 96462822 for non obligatory discussion.

LATES UPDATES: INCOME CEILING FOR EC RAISED TO $16K – WITH EFFECT FROM 11 SEPTEMBER 2019

NO ETHNIC QUOTA REQUIRED – ALL ARE WELCOME ! 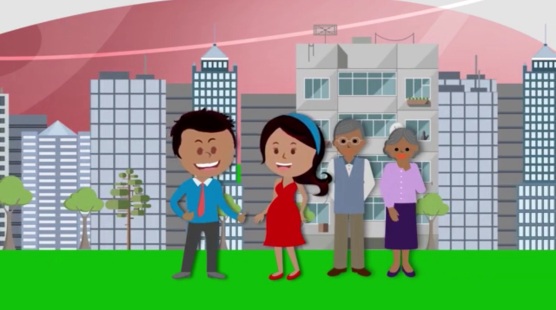